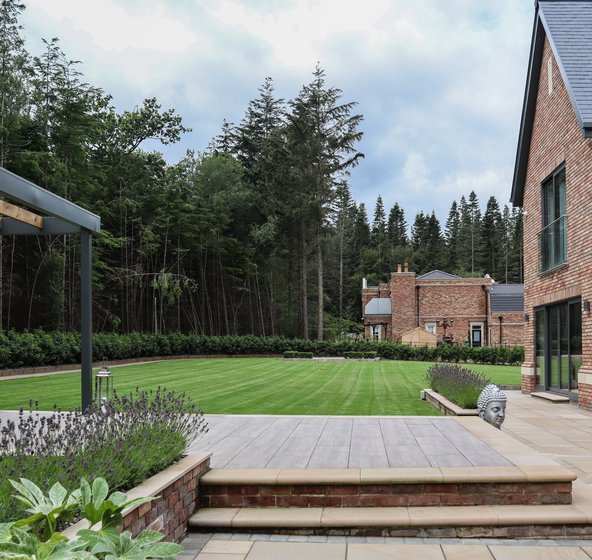 A very modern house that was in need of hard and soft landscaping as the land surrounding the property was currently a building site. In terms of the drive, lots of parking was required, with a lawn and low maintenance planting areas to soften. Pillars and gates were also a requirement. To the rear of the property the clients wanted an entertaining/seating area and for the garden to be child friendly with lots of grass for playing. They also wanted an artificial grassed area to enable the children to play throughout the year in any weather.

The driveway and garden gradients would need to be considered carefully and various levels created. This was a large project that was likely to evolve once the build was underway. Sketches were produced initially and further discussions held till a final design was produced. Samples of various products were provided and decisions made on final choices of materials which would be from both the Marshalls and Stonemarket ranges.

The Driveway was installed using Marshalls Drivesett Savanna in Autumn/Traditional Mix with sweeping lines, soft planting/trees, with Marshalls Versuro polished walling and Bullnose Steps. Pillars were built and electric bespoke aluminium gates were fabricated and installed.  Two lawned areas to the front were created to soften the hard standing. Pathways were built to both sides of the property to lead to the rear garden.

To the rear of the property walling was built in matching house brick with lavender planting and Marshalls Versuro Bullnose steps. Versuro Paving was installed using a mix of Colours in Autumn and Bronze and edged with Savanna Grey cobbles. A central paved feature was created to seperate the artificial turf from the main lawn. Marshalls Symphony Woodstone paving was used and a decorative feature using Stonemarket Stonespar Setts was installed. A bespoke Aluminium and Cedar Pergola was built and bespoke water feature installed to create an area for relaxation.  Rubber crumb resin was used together with artificial grass to create a child friendly playing zones.

This stunning self build is completed with beautiful landscaped gardens and driveway. 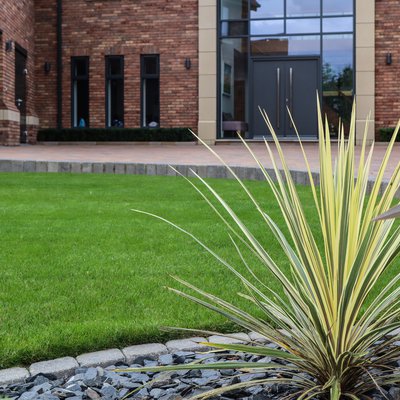 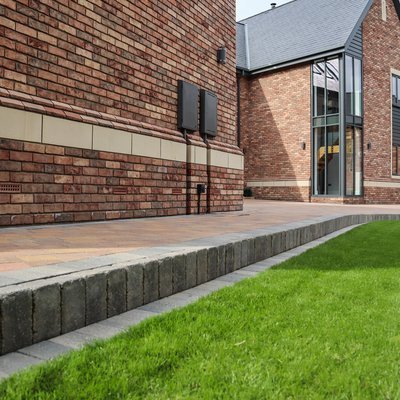 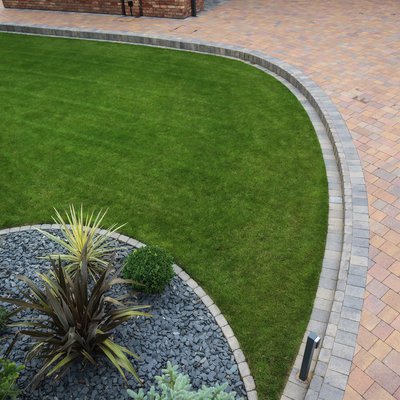 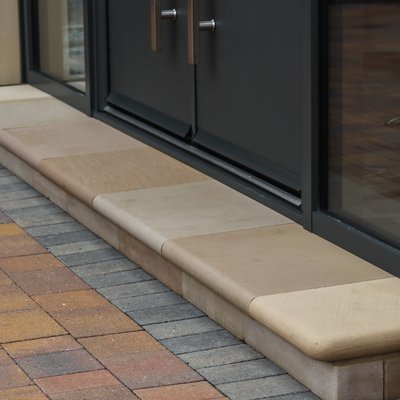 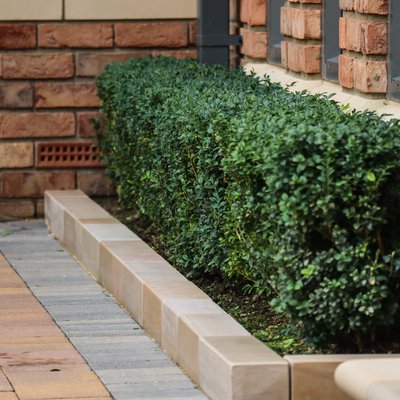 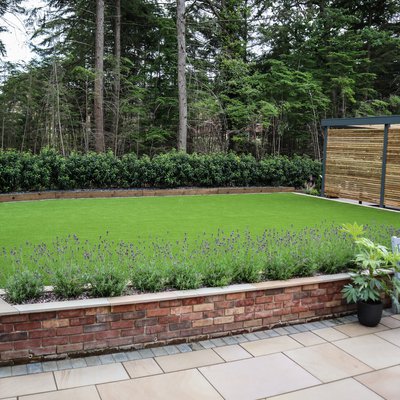 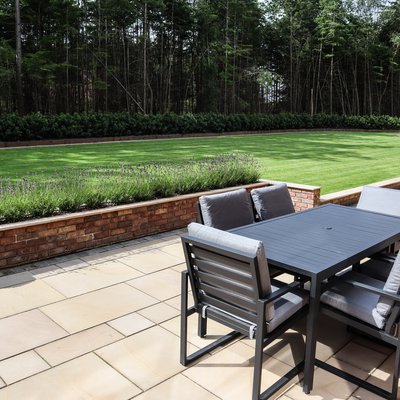 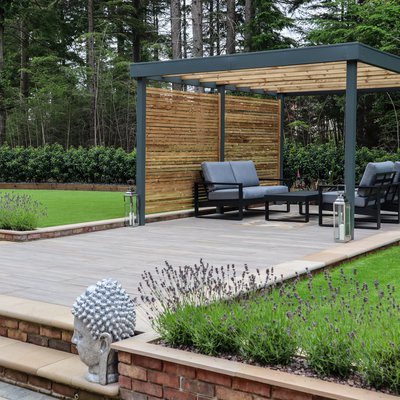 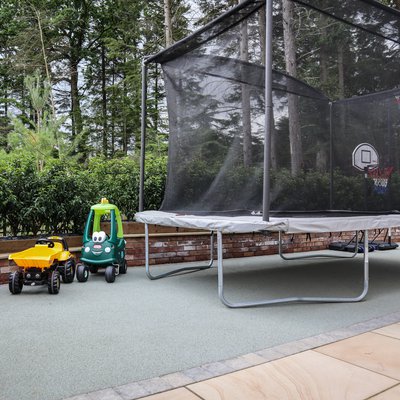